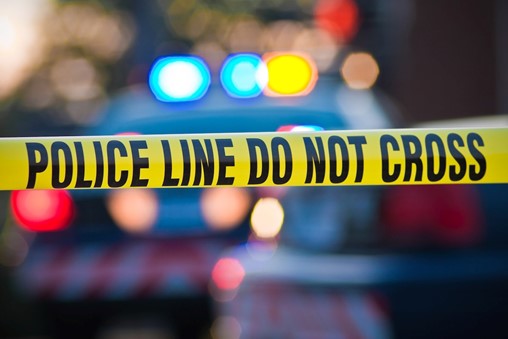 Officials at Fort Bliss, Texas, have identified two soldiers who died in a multi-vehicle traffic accident in El Paso early Sunday morning. Sgt. 1st Class Keith A. Rambo, 32, and Spc. Malvin Kyei-Baffour, 21, were killed near the interchange of Interstate 375 and 601 Liberty Spur. A third Fort Bliss soldier was also injured in the incident but is stable and recovering at this time, officials said. The accident occurred when a 2002 Kia Rio driven by 27 –year old Jhairo Jonathan Ajtun Martinez veered into a guardrail, splitting the car apart, according to a police statement. The passenger compartment came to a rest in the roadway and was struck by a 2021 Dodge Charger “traveling at a high rate of speed,” the statement reads. The Charger, which contained the Fort Bliss soldiers, continued traveling several hundred feet before eventually crashing and catching fire. The driver and front passenger were killed by the fire, the police statement added. Rambo was assigned to 47th Brigade Support Battalion, 2nd Armored Brigade Combat Team as a senior maintenance supervisor, Fort Bliss officials said. He joined the Army in 2007 out of Muskegon, Michigan. Rambo deployed to Iraq three times and once to Kuwait. Following a three-year tour as a Recruiter in Flint, Michigan, Rambo deployed again to Kuwait with 1st Cavalry Division, a Fort Bliss release reads. He served an additional 16 months as a Recruiter in Knoxville, Tennessee before assuming his final assignment at Fort Bliss in July 2020, the release added. “Sgt. 1st Class Rambo was a pivotal member of our team and an exemplary noncommissioned officer,” said Rambo’s battalion commander, Lt. Col. Rian Carter. “Due to his perseverance and resiliency, he was essentially the Platoon Sergeant for the entire battalion, not simply Bravo Company. He always focused on the welfare, training, and quality of life of his Soldiers and his charismatic personality will be sorely missed.” (please select a country) Kyei-Baffour was a native of Red Oak, Texas, but originally from Ghana. He joined the Army in January 2019 out of Dallas, Texas. Kyei-Baffour served as an artillery mechanic assigned to 2nd Battalion, 3rd Field Artillery Regiment, 1st Armored Brigade Combat Team. Fort Bliss was his first duty station. “We extend our heartfelt condolences to his family and loved ones. We care deeply for our soldiers and family members and stand ready to support as we all come together from this tragic loss,” said Kyei-Baffour’s battalion commander, Lt. Col. Matthew M. Fox. The El Paso Police Department is the lead investigative agency over the incident.