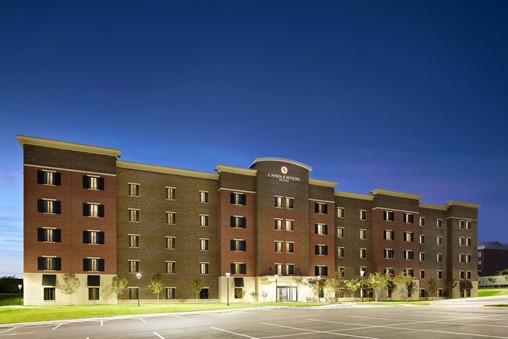 Relief may be coming for service members and families struggling to find housing and to get their household goods moved, as they try to get to their next duty station this summer. Some steps have been taken, as some service officials have added flexibility to dates for service members to report to that next duty station. The Army’s privatized lodging partner announced extended discounted rates in its hotels for service members who need to stay longer to find permanent housing. And defense officials are exploring more options such as a temporary, out-of-cycle increase in the housing allowance to help service members find rental housing; and extensions of Temporary Lodging Expense payments for longer hotel stays. Troops and families are feeling the brunt of a widespread housing crunch. Many have said they are taking a large financial hit, having to pay out of pocket for extended hotel stays as they wait for housing, and in some cases having to rent housing that exceeds their housing allowance by $600 or more each month, yet often far away from their installation. Many who are trying to buy a house report bidding tens of thousands of dollars more than the listing price of a house —and still being outbid in a fiercely competitive housing market. Then there’s the shortage of moving companies, which struggle to find workers, deal with shortages of equipment and other issues in a busy moving season that may continue for weeks, according to an industry source. Here’s an update of what’s happening: *Defense officials are exploring a temporary, out-of-cycle increase in the BAH. Right now, they’re in their annual process of collecting cost data on rental housing in each of the 300 military housing areas across the country, said DoD spokeswoman Lisa Lawrence. The BAH adjustments are usually made on Jan. 1 of each year; some are calling for earlier changes to provide some relief. DoD “is aware that across the nation, on average, there appear to be fewer available rentals than is typical. Rental occupancy is up and rental unit turnover is down,” she said. *Officials are also determining which locations are experiencing such an extreme housing shortage that an extension of Temporary Lodging Expenses is needed, Lawrence said. It’s currently capped at 10 days. By law, TLE can be increased for up to 60 days when there is a housing shortage in a location where the President has declared a major disaster under the Stafford Act. DoD will then work with the military departments, the National Oceanic and Atmospheric Administration and the Public Health Service on any potential changes to the Joint Travel Regulations, Lawrence said. Service members have said that right now, once their TLE expires and their BAH kicks in, they’re still paying far more for the temporary lodging than their BAH covers. “The Department is exploring what other actions may be available to address the current housing situation being faced by some of our members,” Lawrence said. *Some of the services are allowing adjustments in report dates. For example, an Army policy change issued earlier this month authorizes soldiers on assignment with report dates from July 6 through Sept. 30, 2021 to report to their new duty station up to 30 days early and up to 20 days later than the published report date on their orders, said Lt. Col. Matt Fontaine, spokesman for Army Human Resources Command. “Military personnel divisions are authorized to defer soldiers up to 60 days from original report date but no later than Nov. 10,” he said. *Lendlease and IHG Army Hotels announced Tuesday they are extending their offer to lower their room rates at all 40 on-base IHG Army Hotels locations throughout the U.S. through the end of fiscal year 2022, to help those making a PCS move. This allows service members to get temporary lodging at BAH rates until they find permanent housing at their new duty station, said Gretchen Turpen, senior vice president, head of lodging for Lendlease, which operates the privatized lodging, in the announcement. It applies to any service member moving to a job at an Army base or joint base where one of these hotels is located. IHG Army Hotels started offering the lower rates at the beginning of the pandemic, in March, 2020, when there was a freeze of PCS moves. Thousands of families have taken advantage of the discounted rate since then, Lendlease officials said. Service members must request the BAH rate, with the general manager or operations manager, under certain terms and conditions. It’s not a default rate. The service member having trouble finding permanent housing should contact their housing office or the hotel front desk for a form that provides information the hotel staff need to manually adjust the rate, so that going forward, the hotel rate equals their particular BAH rate.