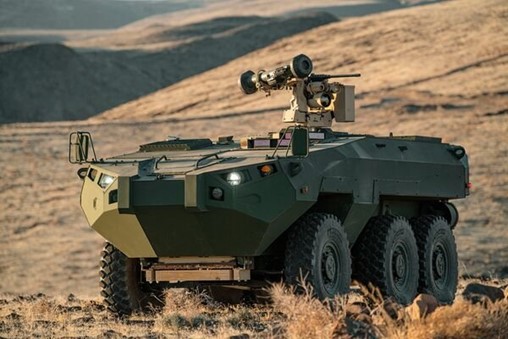 The US Marine Corps (USMC) is moving ahead with plans to design a new Advanced Reconnaissance Vehicle (ARV) and has awarded two companies with prototyping contracts, but has also tasked BAE Systems with studying if the Amphibious Combat Vehicle (ACV) could be modified for the requirement. The service announced this tentative roadmap on 16 July and said it will begin negotiating 22-month ‘other transaction agreement' deals with General Dynamics Land Systems (GDLS) and Textron Systems for an ARV prototyping phase. Each company will then deliver its vehicles to the service in the first quarter of fiscal year (FY) 2023 and the USMC will spend six months evaluating them. The USMC officials envision developing a next-generation platform with a combination of capabilities that will enable Light Armored Reconnaissance (LAR) battalions to function as a battlefield manager. “A key fleet marine force modernisation initiative, the ARV command, control, communications, and computers [C4]/unmanned aerial systems will host a suite of C4 equipment, sensors, and operate both tethered and untethered UAS,” the USMC wrote in an announcement. “The ARV C4/UAS will employ an effective mix of reconnaissance, surveillance, target acquisition, and C4 systems to sense and communicate.” However, the service has not determined that a new platform must be used to provide the force with this capability. It has tasked BAE Systems with examining how it could incorporate the ARV C4/UAS payload onto one of its ACV variants. The service said it then intends to weigh this modified ACV option against the ARV prototypes in FY 2023 and determine which way to proceed. Already a Janes subscriber? Read the full article via the Client Login Interested in subscribing, see What we do The Power of Interconnected Intelligence