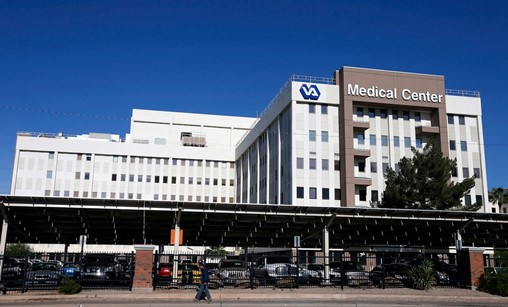 Veterans who have earned health care benefits deserve to get high quality care and timely access that meets their needs. But we continue to see in media reports and congressional testimony that the Department of Veterans Affairs remains a significant barrier to care — especially for low-income, female and minority veterans. A Government Accountability Office study showed that veterans from underserved communities continue to face barriers to accessing VA health services. It stated that “VA has identified worse health care outcomes for some diseases among racial and ethnic minority veterans.” At the same time, according to the VA, “health equity is the attainment of the highest level of health for all people.” However, compared with men, women veterans had better care in only 4 percent of measures, similar care for 57 percent, and worse care for 39 percent, according to the Agency for Healthcare Research and Quality. The numbers are almost identical for racial and ethnic minority groups, when compared with non-Hispanic whites. VA Secretary Denis McDonough has established a task force to study the discrepancies, and that’s a good first step. But there is a surer way to address health equity concerns that put at risk the well-being and lives of too many veterans. They need to be free to choose the health care providers, either at the VA or in the community, that best meet their needs. Right now, the VA is a stumbling block to achieving that goal. While some VA facilities offer top-notch care in certain fields, too many far underperform their local competitors. (please select a country) To take just one example, the much-maligned Phoenix VA Medical Center ranks 30th out of 40 area facilities for overall quality, according to the Centers for Medicare and Medicaid Services. Shouldn’t a veteran who has served their country honorably be able to see a provider at the Phoenix Mayo Clinic, ranked first in the area, if that would be the best health care choice for them? If VA facilities are not meeting the needs of veterans, shouldn’t they be able to pick from the 1.2 million community care providers that are in the VA network without VA being a barrier? How do we know greater choice through community care would be a boon to health equity? Because it’s already working. According to the VA, there have been over 500,000 visits to community urgent care centers since the benefit became available in June 2019 as part of the VA MISSION Act. Veterans have full urgent care choice between VA facilities and in-network urgent care providers, with no referral or authorization required. This has eliminated the VA barrier and every veteran now has the same opportunity to receive the highest level of urgent care based on their needs. There’s no reason the same standard can’t be applied to every type of care veterans need. If the VA refuses to use the existing community care program to expand choice, some members of Congress are ready to step into the breech. Representatives Greg Steube of Florida and Andy Biggs of Arizona have introduced bills that would guarantee full health care choice for every eligible veteran. As President Theodore Roosevelt, a combat veteran, said: “Knowing what’s right doesn’t mean much unless you do what’s right.” It’s time to do what’s right, get the VA out of the way, and ensure that every veteran has access to the quality care that best serves their needs. Only by expanding choice can VA fix its discrepancies and achieve health equity. Darin Selnick is a senior adviser to Concerned Veterans for America and an Air Force veteran. He served as veterans’ affairs adviser on President Donald Trump’s Domestic Policy Council and as a senior adviser to the VA secretary. Editor’s note: This is an Op-Ed and as such, the opinions expressed are those of the author. If you would like to respond, or have an editorial of your own you would like to submit, please contact Military Times senior managing editor Howard Altman, haltman@militarytimes.com.