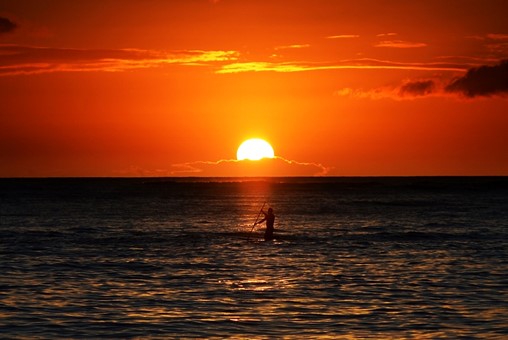 An additional 16 million veterans are now eligible to use the Defense Department’s discount travel site, under an expansion announced today by DoD’s American Forces Travel and Priceline. Those eligible can find discounts of 40 to 60 percent off popular hotels, flights, car rentals, travel packages and cruise brands, according to DoD and Priceline officials. There are more than 1 million hotel deals at more than 71,000 destinations around the world, for example. All honorably discharged veterans will be eligible to use the leisure travel site, which was launched in 2019 for active-duty, Reserve and Guard members, retired, and their family members, and certain others. This increases the number of eligible people to about 22 million. First-time visitors to AmericanForcesTravel.com will be asked to verify their eligibility with DoD through the site, and once verified, will be able to use the site to book discounted travel around the world. These newly eligible veterans use a similar process for verification as they use for their military exchange shopping privileges. The site is connected to the Defense Enrollment Eligibility Reporting System, or DEERS, for authentication. The site is a joint initiative among the service branches, to include the Coast Guard, and the National Guard, DoD and Priceline, which operates the platform at no cost to DoD. Over the past few months, as regular travel has resumed, Priceline officials have seen bookings increase on American Forces Travel, compared to pre-pandemic levels. Warm weather locales are the most popular destinations for those using the site, and the most popular cities booked are Las Vegas, Orlando and San Diego. American Forces Travel offers privately negotiated deals on travel. Vendors must have a military exclusive price to be part of the website, but there are other additional properties and deals listed, too, so it pays to do some comparison shopping. There’s also a price match policy — if you find a lower price within 24 hours of booking, they’ll refund the difference. There are some exclusions to the policy. In addition to offering deals to the military and veteran community, every booking generates revenue for the services’ morale, welfare and recreation programs to support quality of life for service members and families. “While we can’t disclose exact numbers, [American Forces Travel] has saved millions of dollars on travel for the military community and will reinvest millions into MWR programs,” according to Priceline officials, in response to Military Times’ questions. (please select a country) In January 2020, about 4.1 million veterans became eligible to use the travel site, along with certain other morale, welfare and recreation programs, and to shop at commissaries and exchanges on installations. There were some initial technology problems for some of those veterans trying to access the travel website. Those benefits were authorized by law for all veterans with VA service-connected disabilities; Purple Heart recipients; veterans who are former prisoners of war; and primary family caregivers of eligible veterans under the VA caregiver program. Now another 16 million will be eligible for the travel discount site as long as they have the qualifying discharge status of honorable or general under honorable conditions. Here’s who is eligible: * Active duty who serve in the Army, Marine Corps, Navy, Air Force, Space Force and Coast Guard * Members of the reserve components and National Guard * Coast Guard Auxiliary active duty * Active duty and retired U.S. Public Health Service * Retired military, including those in the reserve and National Guard components who are retirement eligible * Eligible family members who are ID card holders and sponsored by authorized patrons in the above categories * Medal of Honor recipients * Veterans with a discharge status of honorable or general under honorable conditions * Veterans with VA service-connected disabilities; Purple Heart recipients; veterans who are former prisoners of war; and primary family caregivers of eligible veterans under the VA caregiver program * DoD and Coast Guard civilians, including appropriated fund (APF) employees and non-appropriated fund (NAF) employees * Full-time, paid employees of the American Red Cross and USO hired in the United States and serving at DoD installations overseas