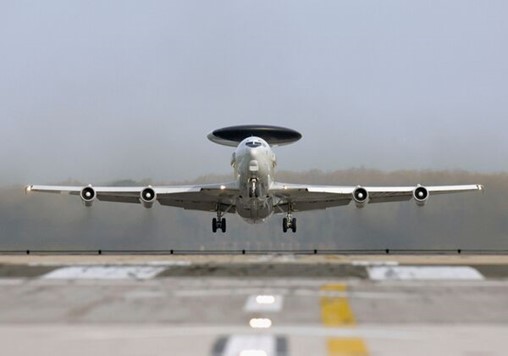 NATO Airborne Early Warning & Control (NAEW&C) has launched a new phase in its effort to find a replacement for its Boeing E-3A Airborne Warning And Control System (AWACS) aircraft that are set to be retired in 2035. The NATO Support and Procurement Agency (NSPA) announced on 15 July that it had launched a new risk-reduction and feasibility study competition to analyse and develop concepts identified as potential replacements in the first round of its Alliance Future Surveillance and Control (AFSC) that was initiated in 2017. “The AFSC Concept Stage was initiated by the North Atlantic Council in 2017 to redefine how NATO will conduct surveillance and command-and-control after the AWACS reach the end of their service life in 2035,” the NSPA said. “[The] NSPA is responsible to conduct studies and develop technical concepts that will help inform future decisions by allies for their long-term plans and acquisition of new capabilities. These could include different combinations of systems in the air, land, sea, space, and cyber domains.” According to the NSPA, six unnamed companies delivered concept studies in March 2020. These were whittled down to three for the NSPA AFSC Project Office and the Strategic Commands to take forward for further analysis through separate risk-reduction and feasibility studies (RRFS). Already a Janes subscriber? Read the full article via the Client Login Interested in subscribing, see What we do The Power of Interconnected Intelligence