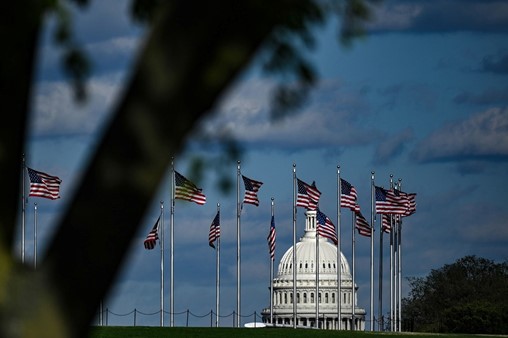 WASHINGTON ― The House Appropriations Committee on Tuesday approved a $706 billion defense spending bill for fiscal 2022 over the objections of panel Republicans. The 33-23 party-line vote to approve the bill followed objections from Republicans that the budget’s $10 billion, or 1.4 percent, increase was not enough to counter global threats, particularly from China. “Now is the time to prioritize our national security funding, not shortchange it,” said the panel’s top Republican, Rep. Kay Granger of Texas. Though progressive Democrats voted to advance the bill, they said they were only doing so to allow for a debate and amendments on the House floor. They continued to decry what they saw as too much spending with too little oversight. “We just spend too much on what is defined as traditional defense, and many of us in the country and many of us in Congress would like to redefine defense,” said Rep. Mark Pocan, D-Wis. “What’s actually in the defense of this country? It’s not in defense contractors, but it’s things like pandemics and climate change and other items that actually defend us.” The panel voted by voice to adopt two amendments from Rep. Barbara Lee, D-Calif., aimed at reclaiming Congress’ war powers. One would end the 2002 authorization for the Iraq War immediately, and the other would enact an eight-month sunset for the 2001 authorization for the war in Afghanistan. “The forever wars, which expand wider and wider across the globe, have cost us approximately $6.4 trillion and claimed hundreds of thousands of lives,” Lee said. “It’s time for us to restore the balance to this Constitution. Enough is enough. Congress needs to act.” The House Defense Appropriations Subcommittee’s top Republican, Rep. Ken Calvert of California, said he would support updating war authorizations, but argued it would be too risky to pass a repeal without a replacement. (please select a country) Among the Republican amendments rejected by the panel, one from Rep. Mario Diaz-Balart of Florida would have blocked the closure of the Guantanamo Bay detention center and the transfer of detainees to the continental United States. It echoed language passed into law before and left out of this year’s bill. Though the size of the bill hews to President Joe Biden’s proposed defense budget, appropriators have proposed $1.7 billion more for weapons procurement and $1.6 billion less for development and testing of cutting-edge technologies meant to deter China. The bill includes eight ships like Biden’s budget does, but it adds a second Arleigh Burke-class destroyer widely sought by lawmakers, and it cuts one of two towing, salvage and rescue ships. On Tuesday, House Defense Appropriations Subcommittee Chair Betty McCollum, D-Minn., emphasized the bill’s inclusion of a 2.7 percent pay raise for troops and other investments in service members and their families. “The defense appropriations bill is a jobs bill,” McCollum said. “Across the country, millions of jobs are funded by this bill. These are jobs in all of our congressional districts ― union jobs in industry, manufacturing, small businesses, as well as jobs in scientific research and academia.”