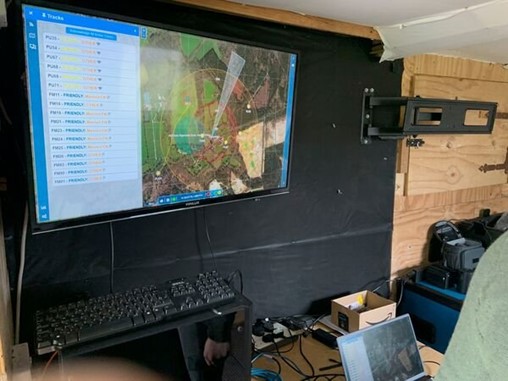 Thales has linked up with UK-based defence firm Operational Solutions Limited (OSL) to develop counter-unmanned aerial system (C-UAS) platforms and programmes for civilian aviation facilities. The C-UAS development partnership will integrate OSL's FACETM command-and-control (C2) software into Thales' Eagleshield IDtect as well as the company's other C-UAS hardware platforms currently in production, according to a joint statement. The integration of the OSL C2 and data fusion software into the Thales' family of Eagleshield C-UAS systems will allow civilian air controllers as well as airport security forces to monitor the airspace within an airport's approach and departure lanes, the statement said. Leveraging collected data from Thales' civilian intelligence, surveillance, and reconnaissance (ISR) sensor platforms such as the company's Gamekeeper 3D holographic radar system, the data fusion capabilities embedded within the FACETM C2 software will allow airport personnel the ability for “fast and accurate detection of rogue drones” at a maximum range of 7.5 km, company officials said. That capability will not only assist in preventing collisions between commercial aircraft and unauthorised UAS flying in an airport's airspace, but it will also assist civilian airports in meeting “sustainability objectives [through] reducing the fuel wastage and additional flight stacking caused by unauthorised drones use”, according to company officials. The Gamekeeper radar platform and FACETM software has already been integrated into larger, defensive C-UAS systems in place at Heathrow Airport in London and Auckland Airport in New Zealand. A similar system that also includes the Gamekeeper and FACETM technologies is under evaluation for civilian use by the Brazilian government.