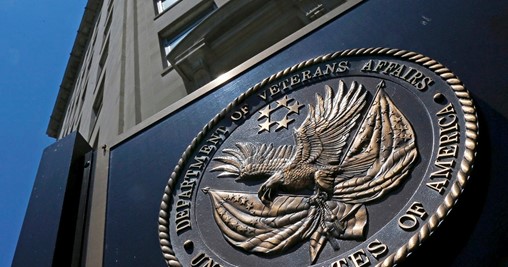 LEAVENWORTH, Kan. (AP) — The U.S. government has agreed to pay nearly $7 million to settle claims from eight veterans that they were sexually abused by a former physician assistant at a Veterans Affairs hospital in Kansas. The veterans, who served in Iraq or Afghanistan, alleged they were subjected to unnecessary genital exams and other procedures by Mark Wisner while he was a physician assistant at the Dwight Eisenhower VA Medical Center in Leavenworth between 2008 and 2014. About 100 veterans have sued Wisner. More than 80 veterans settled their lawsuits against the government over Wisner’s abuse for $6.7 million in 2019, KCUR reported. Wisner was convicted of aggravated sexual battery and related charges in 2017 and sentenced to nearly 16 years in prison. He surrendered his license to the Kansas Board of Healing Arts in February 2015. “The Department of Justice fought these cases tooth and nail for years. They treated these veterans like dirt,” said attorney Danny Thomas, who represented the veterans in the latest cases. “They accused them of lying, they attacked their character in court and in pleadings. And we just weren’t going to stand for it.” The eight veterans will receive amounts ranging from $706,250 to $1.4 million, Thomas said. The latest settlements came after three of the veterans took their cases to trial. As part of the settlement, the government agreed to drop its appeals in those cases, Thomas said. In those cases, U.S. District Judge Daniel Crabtree awarded one veteran $538,000, another veteran $1.5 million and the third veteran more than $1 million. The government didn’t dispute that Wisner sexually molested the veterans, but it argued it was not liable because his conduct occurred outside the scope of his employment. Thomas, who has represented veterans in the cases for more than four years, criticized U.S. Sen. Jerry Moran, a Republican from Kansas, accusing him of “not lifting a finger” for the veterans. He said Moran, the ranking member of the Veterans’ Affairs Committee, never sought an investigation of what happened at the Leavenworth VA or inquired about the veterans’ well-being. Moran’s office responded that the senator had raised concerns about the allegations against Wisner with then-VA Secretary Robert McDonald in 2016 and later publicly questioned him about them. He also introduced the Accountability to Safeguard Veterans from Violent Crimes Act of 2016 to reduce pensions earned by certain VA hospital employees convicted of violent crimes, his office said.