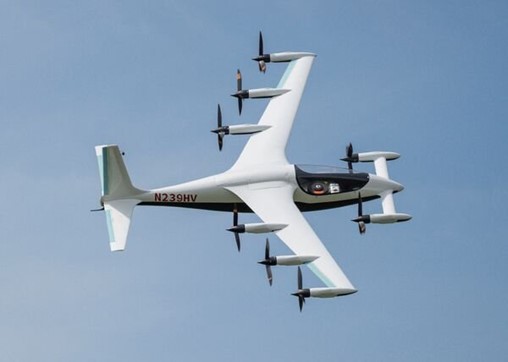 by Pat Host The US Air Force's (USAF's) Agility Prime programme has issued airworthiness approval to Kitty Hawk for its Heaviside tilt propeller electric vertical take-off and landing (eVTOL) aircraft. Colonel Nathan Diller, AFWERX director, told Janes on 1 July, ahead of the announcement, that this will enable the company to perform government flight tests for revenue, which means the USAF can start paying Kitty Hawk to explore different operational concepts that the company perhaps did not initially envision engaging with the service about. An example, Col Diller said, includes using the Heaviside for potentially performing a type of communications relay, which could take place in austere areas where the USAF needs to connect data. Kitty Hawk fits into Agility Prime area of interest (AOI) 2, which is for one to two passenger vehicles. Kitty Hawk is the latest company to receive airworthiness approval from the USAF as Beta Technologies, Joby, and Lift Aircraft have also received airworthiness awards. Kitty Hawk's airworthiness approval is for remote operations. The company performed a Heaviside demonstration for Agility Prime officials in May, which is considered the programme's first operational exercise. AFWERX is interested in Kitty Hawk's work with autonomy in aircraft. Kitty Hawk demonstrated the ability to autonomously take off, land, and fly patterns, said Col Diller. While the Heaviside is not at a point where it can autonomously manage major uncertainties during flight, it does have basic functionality to manage and operate autonomously in a relatively known environment, he added. Already a Janes subscriber? Read the full article via the Client Login Interested in subscribing, see What we do The Power of Interconnected Intelligence