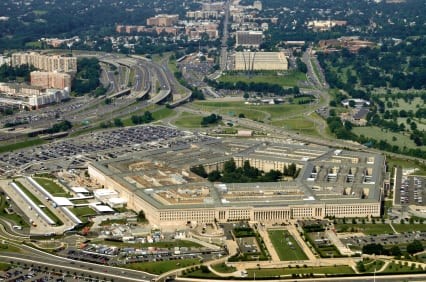 The Pentagon announced Tuesday it has canceled the potential $10 billion Joint Enterprise Defense Infrastructure (JEDI) cloud contract with Microsoft [MSFT], and will instead go after a new multi-vendor effort with initial contracts to be awarded as early as next April. “The department has determined that, due to evolving requirements, increased cloud conversancy, and industry advances, the JEDI cloud contract no longer meets its needs,” the department wrote in a statement. Microsoft originally beat out Amazon Web Services [AMZN] for the JEDI cloud contract in October 2019, but the program has since stalled during AWS’ ongoing legal challenge which includes allegations that former President Donald Trump interfered in the award decision. “We understand the DoD’s rationale, and we support them and every military member who needs the mission-critical 21st century technology JEDI would have provided. The DoD faced a difficult choice: continue with what could be a years-long litigation battle or find another path forward. The security of the United States is more important than any single contract, and we know that Microsoft will do well when the nation does well. Because the security of the United States through the provision of critical technology upgrades is more important than any single contract, we respect and accept DoD’s decision to move forward on a different path to secure mission-critical technology,” Microsoft wrote in a blog post regarding the announcement. John Sherman, the department’s acting chief information officer, detailed the new multi-billion dollar, multi-vendor Joint Warfighter Cloud Capability (JWCC) that will supplant JEDI and begin with direct awards next year to stand up an initial capability before holding a full and open competition likely around 2025 for an enduring multi-vendor enterprise cloud capability. “JEDI, conceived with noble intent and a baseline now several years old, was developed at a time when the department’s needs were different and our cloud conversancy less mature,” Sherman told reporters. “The JWCC’s multi-cloud environment will serve our future in a way that JEDI’s single-award, single-cloud structure simply cannot do.” Both Microsoft and Amazon will receive solicitation requests for JWCC, slated to be released in mid-October, while the department will also conduct market research over the next three months to assess whether other providers are capable of meeting the program’s requirements. Sherman said he planned to speak with the leaders of the five major U.S. hyper-scale cloud service providers on Tuesday afternoon about JWCC, noting the list also includes Google [GOOG], Oracle [ORCL] and IBM [IBM]. “We want a multi-vendor approach and we think it is likely that both Amazon and Microsoft, as well as our additional research that opens the possibility for even more [vendors], would be involved in this,” Sherman said. Sherman cited JWCC’s importance for ensuring the department can enable the ongoing Joint All Domain Command and Control strategy and accelerate artificial intelligence and data initiatives. The department noted Microsoft had received a $1 million task order related to JEDI to initiate work under the original award, while Sherman added it’s not yet clear what the full termination costs will be as the process has just started. While the department received pushback from both industry and lawmakers on the original decision to go with a single-vendor approach to JEDI, Sherman said he believes that was still a valid approach for the program at the time. “JEDI was the right approach at the time. For an enterprise this large, to be able to go with a single major enterprise-level cloud approach was the right idea at the time,” Sherman said. “But over the last several years, given the shifting landscape and our needs, as I mentioned, we’re in a different place. Moreover, because we can’t get in a time machine, had the award happened when we were hoping it would have, we would have been having this multi-cloud discussion right about now anyway.”