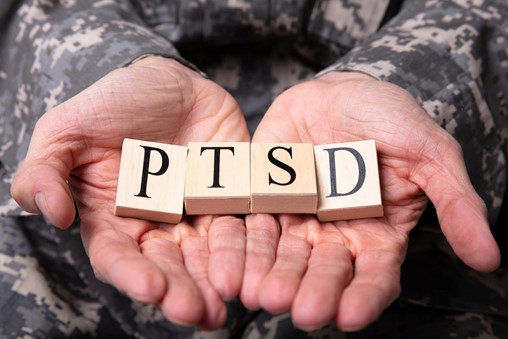 When news broke that President Biden plans to withdraw all U.S. forces from Afghanistan by Sept. 11, 2021, ending a 20-year campaign that has tragically cost 2,300 American lives, many across the country breathed a sigh of relief. Redeploying our troops home from Afghanistan brings an end to our longest war, but it does not bring an end to each individual’s personal struggles. We can physically bring our troops home and out of harm’s way, but the full journey back will involve more than a change in geography. For many of those who return home, a part of them never will. We must remember that their sacrifice went beyond the physical. Even after everything they have fought for and survived, the mental health crisis plaguing our returning veterans is one we must not leave them to battle alone. We supported them on the battlefield and in honor of all that these American heroes have done for our country, it is our collective responsibility to help them face the challenges they’ll find at home. According to research released by the International Society for Traumatic Stress Studies, 40 percent of the veterans who have returned from Afghanistan suffer from post traumatic stress disorder (PTSD). While PTSD is complicated enough on its own, many veterans also battle depression, anxiety, relationship issues, financial pressures and substance abuse, making their diagnosis and treatment that much more challenging. Studies also show that PTSD can lead to suicide ideation and behavior, and when combined with a secondary mental health condition, the risk increases significantly that the veteran may die by suicide. The Department of Veterans Affairs, recognizing the ongoing challenges, proposed a 10 percent increase to the 2021 fiscal year budget to better address mental health and suicide prevention. But the assumption continues to be that veterans will raise their hand, pick up a phone or send a text seeking help for their struggles, when in reality, only 55 percent of veterans seek the mental health care they need. On the battlefield, they had the resources allocated to them to accomplish the mission. This same proactive approach is needed now to support them as they transition back. Our response to veterans in need must be designed in a way that removes the barriers keeping millions from seeking treatment. Between the lack of accessibility in rural areas of the U.S. and the perceived social stigma surrounding mental illness, many returning service members opt to stay silent, try to solve the riddle themselves thus end up suffering alone. But if all veterans returning from a warzone or transitioning out of service, were provided with not only an initial screening and time-based check-ins, but were supported by a proactive outreach as well to catch those negative coping mechanisms and evidence-based risk drivers sooner, we could change our response from reactive to proactive and save the lives of hundreds who may be hesitant or afraid to come forward. When our sons, daughters, spouses, partners, and friends return, we also need to be ready to guide them toward the resources and professionals qualified to treat them. Education plays a key role in preparedness, so we must make sure we can recognize the signs and symptoms of PTSD, and we must be sure to keep lines of communication open. It might seem like an insignificant gesture, but asking our Veterans to “grab a Coke,” sit down and have that initial conversation is an important first step. Connectedness enhances individual protective measures. And it’s not enough to wait until they’re home to develop a system to help them. We must start preparing to meet their needs immediately and be ready to stand with them as soon as they return. We must ensure that the same sense of tribe and team that enabled them to fight and win over there can be replicated back home, especially for those who leave the military. For the past two decades, millions of brave men and women have fought for their country and sacrificed to keep us safe. Now that they will finally be coming home from Afghanistan, we must band together to support them with the same commitment they have shown to us. Their mental scars may be invisible, but their need is not, and it is vital that we be ready and waiting to support them. We need a system built to identify their struggles sooner that does not require them to take the first step. We need to be forward leaning, as a community and a nation, to get them the support they need and have earned. We must not seek to “fix” them — we must seek to empower them. (please select a country) We owe our veterans a debt that can never be repaid. But as they return home and transition back to life as civilians and face the challenges and opportunities that lie ahead, we must support them and become their advocates, supporters and resources. We must help them accomplish new tasks and harness the power of their service to this nation — standing beside them as they have stood up for us. Retired Col. Michael Hudson served in the Marine Corps for 30 years commanding a helicopter squadron, a Marine Expeditionary Unit, and in his last active duty billet, as the USMC’s Sexual Assault Prevention and Response lead. He is now the vice president of government solutions at ClearForce, an early risk detection company. Editor’s note: This is an op-ed and as such, the opinions expressed are those of the author. If you would like to respond, or have an editorial of your own you would like to submit, please contact Military Times managing editor Howard Altman, haltman@militarytimes.com.