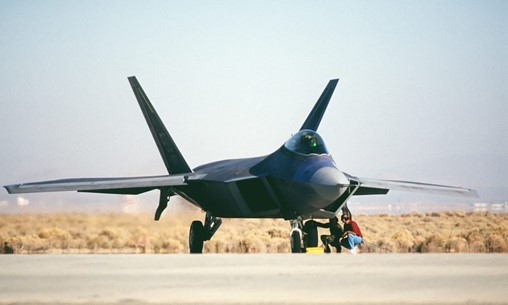 US aerospace giant Lockheed Martin has won two deals worth nearly $6 billion for the F-35 stealth fighter program as well as three missile-warning satellites, to be operated by the US Space Force. The first contract or the “undefinitized contract action” was awarded by the F-35 Joint Program Office of the US Department of Defense to Lockheed Martin, and its suppliers BAE Systems and Northrop Grumman for the sustainment of the F-35 fighters through June 30, 2021. According to Lockheed, the $1.28-billion deal is expected to pay for the sustainment of the worldwide F-35 fighter jet fleet. At the same time, the company is negotiating a long-term contract for the fighter jet. “This contract ensures F-35s remain ready to fly and accomplish the warfighter’s mission,” said Bill Brotherton, Acting Vice President and General Manager, Lockheed Martin F-35 program. “We continue to see improvements in readiness and cost, and as the fleet grows, so does the opportunity for the joint government and industry team to collaborate, realizing even more long-term benefits,” he added. F-35 fighter jet The firm has been in talks with the F-35 Joint Program Office for a performance-based logistics (PBL) contract, which is likely to reduce the operating costs of the fighters to $25,000 per hour by the fiscal year 2025. In 2018, the estimated cost of flying the F-35A (conventional take-off and landing variant) was around $44,000 per hour. There are reports that some countries may buy fewer aircraft if Lockheed is unable to reduce the fighter jets’ lifetime cost. Lockheed Martin issued a statement regarding the new contract, “(The short-term contract) funds industry sustainment experts supporting operations worldwide, individual bases, depot maintenance, pilot and maintainer training, and sustainment engineering across the globe.” “It also covers fleet-wide data analytics and supply chain management for part repair and replenishment to enhance overall supply availability.” Meanwhile, the aerospace giant has bagged another $4.9-billion deal, under which it will develop three missile-warning satellites for the US Space Force by 2028. #Government #ITA Lockheed Martin Wins $4.9B US Space Force Geosynchronous Satellites Contract https://t.co/RxHzikYepm pic.twitter.com/GHH8s6Frhm — dailytradingapp (@dailytradingapp) January 5, 2021 Under the deal, Lockheed will manufacture, assemble, integrate, test, and deliver three next-generation geosynchronous (NGG) Earth-orbiting space vehicles (SV), which will be operated by the US Space Force. Parked in the geosynchronous orbit (high Earth orbit that allows satellites to match Earth’s rotation), these satellites will provide an early warning of incoming intercontinental and theater (i.e. tactical) ballistic missiles. Colonel Dennis Bythewood, the Space and Missile Systems Center’s program executive officer for Space Development, had said, “NGG is a critical piece of US missile warning architecture that will deliver a capable, defensible system to counter determined adversaries.” As per reports, the first satellite is expected to be launched as early as 2025, and the remaining two by 2028.