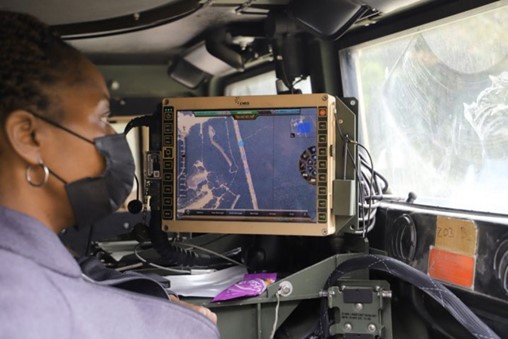 The US Army has put several promising prototype command and control (C2) and intelligence, surveillance, and reconnaissance (ISR) platforms through a series of intensive field experiments, in the hopes those technologies can be funnelled into the service’s key combat networking initiatives. Programme engineers and information technology (IT) specialists from the army’s Command, Control, Communications, Computers, Cyber, Intelligence, Surveillance and Reconnaissance (C5ISR) Center, under the service’s Combat Capabilities Development Command (CCDC), evaluated a wide swath of emerging disruptive technologies during the centre’s Network Modernization Exercise (NetModX) 2020. “We are really looking at those high-priority capabilities that could be game changers” in terms of how the army’s technological arsenal evolves, according to Joshua Fischer, the center’s acting chief of the Systems Engineering, Architecture, Modeling and Simulation Division. The findings from this year’s NexModX, held between 20 July and 2 October at Joint Base McGuire-Dix-Lakehurst in New Jersey, will inform ongoing work by the C5ISR Center on more than 30 high-priority technology demonstrators or prototypes that programme leaders are weighing for future evaluations in the coming year, he added. “We are focused on unifying networks, in terms of ... terrestrial, ground-based [data] transport, aerial tier transport as well as space-based transport,” via satellite communications (satcom), Fischer said regarding those 30 top-tier technology priorities team members plan to hone in on in the near to midterm. Other focus areas include strengthening technological enablers supporting the service’s common operating environment objectives, on the hardware and software side, to provide platform agnostic, networked situational awareness capabilities to US armed forces.